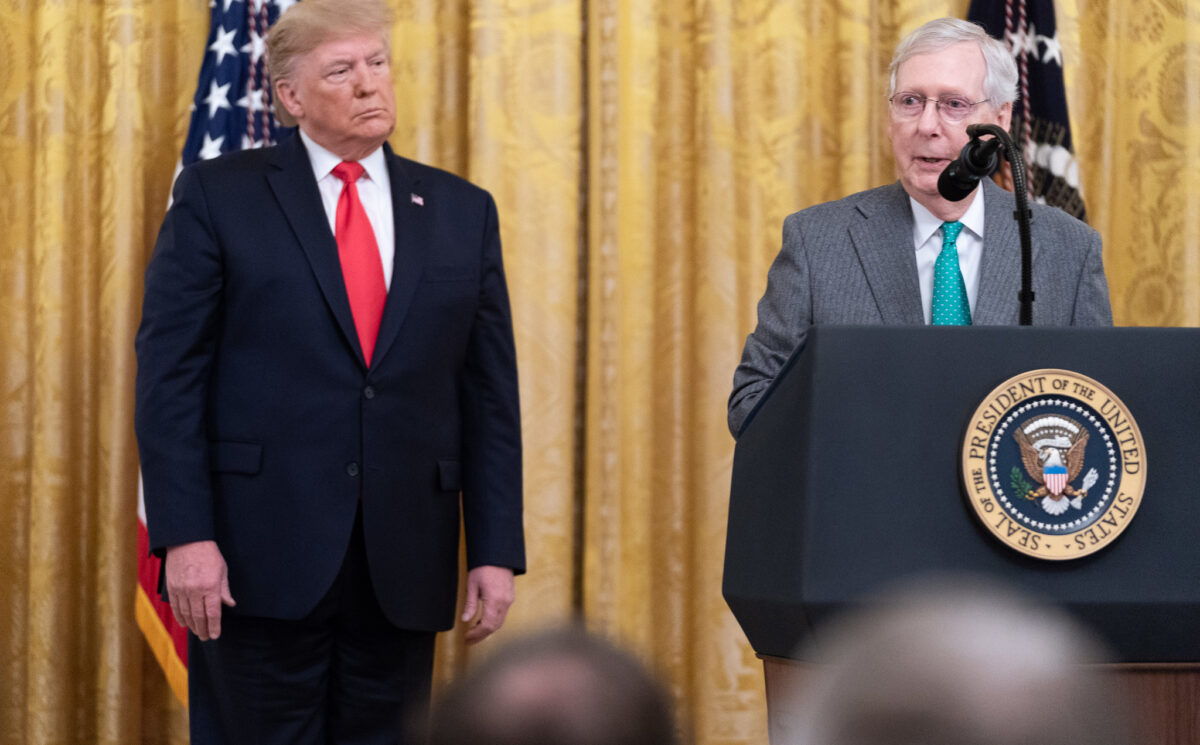 “Is this the same Mitch McConnell who was losing big in Kentucky, and came to the White House to BEG me for an Endorsement and help? Without me he would have lost in a landslide. A disloyal sleaze bag!” Trump wrote in a post on Truth Social.

The post came after the House Jan. 6 committee played a video clip of McConnell’s speech during Trump’s second impeachment trial, in which he blamed the former president for inciting the riot at the U.S. Capitol.

Trump railed against several others connected to the Jan. 6 trial on Thursday night, including Rep. Liz Cheney (R-WY), who he called a “sanctimonious loser.”

“Liz Cheney is a sanctimonious loser. The Great State of Wyoming is wise to her. Why not show the tapes, or interview, those that, with evidence, challenge the election?” he wrote on Truth Social.

“Fake Tapper of CNN is so biased and pathetic,” Trump said. “No wonder CNN’s ratings are at an all time low! P.S. Almost all Trump Endorsed candidates have won, or are winning!”

The former president lamented the situation and the state of the country.

“I had an election Rigged and Stolen from me, and our Country. The USA is going to Hell. Am I supposed to be happy?” Trump wrote.